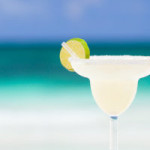 Crack open a Corona and grab some guacamole — it’s Cinco de Mayo! Sure, everyone loves having an excuse to throw a fiesta, but there is actually more to this holiday than tacos and tequila. Wondering what the fuss is all about? These six facts about the history and traditions behind Cinco de Mayo will give you an even better justification to raise a glass today.

1. Today actually commemorates the Battle of Puebla, part of the Franco-Mexican war that began when the new Mexican President Benito Juarez defaulted on the country’s loans from European governments. On May 5, 1862 the French attacked the small town of Puebla, about 100 miles east of Mexico City. The much smaller Mexican army managed to successfully fend off the French, and probably enjoyed plenty of añejo afterwards.

2. Cinco de Mayo does not commemorate Mexican Independence Day. That is celebrated on September 16, the day Mexico began its fight to liberate itself from Spanish rule in 1810.

3. In Mexico, Cinco de Mayo is a bit more tame. In fact, it isn’t even a federal holiday, and the majority of the festivities occur in and around the town of Puebla. In addition to parades, men don fancy French military costumes and slightly less fancy Mexican military uniforms in re-enactments of the unlikely victory.

4. Cinco de Mayo became an American tradition almost immediately. The first record of a Cinco de Mayo celebration appeared in a newspaper article in California three days after the Battle of Puebla. As a reaction to the turmoil in their own country and to the Civil War in America, Mexicans living in the U.S. saw it as a way of demonstrating their support for freedom and racial equality.

At least now you know the reasons behind all the fiestas and fajitas, and have a few impressive facts to share over margaritas.