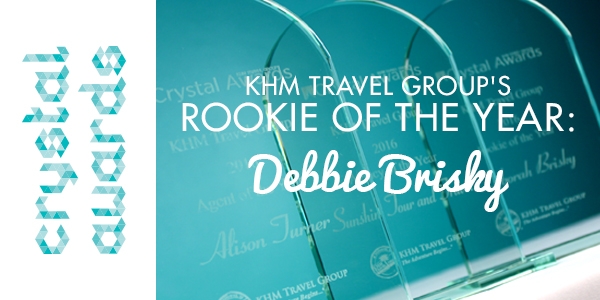 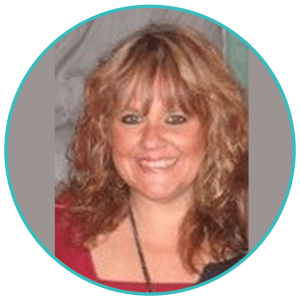 The travel industry is where our Rookie Agent of the Year, Debbie Brisky, was meant to be. She just took a few detours to get there.

Prior to joining KHM Travel Group in January 2016, Debbie worked in real estate and property management for 20 years. Because of her hectic schedule and hours, she felt like she basically lived out of her car.

Eventually, the stress took a toll on her. When she was diagnosed with a life-changing illness in 2014, she knew she needed a change of pace. She and her husband love to travel, so he suggested they take a trip.

“I called a travel agent in my town,” Debbie says. “The way I was treated when I booked that trip and the complete lack of customer service made me get off the phone and say, “I can do this so much better.”” 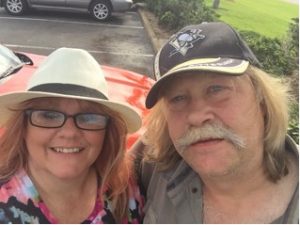 Debbie and her husband live in Pennsylvania

She did her research, and started her agency, Beach Monkey Travel, with KHM Travel Group in January of 2016. Growing up on the Gulf Coast, she had always loved the beach, so she focused on planning all-inclusive getaways to Mexico and the Caribbean.

When she started her business, she set three goals for herself: to service 50 clients, make our Pinnacle Elite group, and learn as much as possible.

It took some time for business to pick up, but she was persistent and kept trying new things. It wasn’t until she started making bookings that she set an even higher goal for herself – to earn our Rookie of the Year award!

“I pushed and pushed and I had amazing support from KHM Travel to push me harder,” says Debbie. “I made all four goals, and the one that meant the most was Rookie of the Year.”

What did it take to reach her goals? Debbie says her approach is to treat every client like a friend or family member, and to go that extra mile for them.

“They are treated like they are the most important person in the world to me. Because they are,” she adds. “One single birthday card meant so much to a lady that I not only booked two more trips for her, but her sisters, her brothers and her cousins as well.” 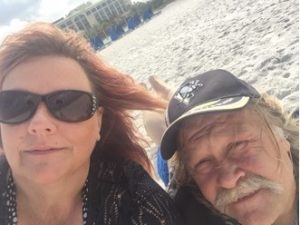 Before meeting Debbie, her husband had never been to the beach!

She has set her sights even higher this year. In addition to attending a FAM trip and more live training events, Debbie also wants to reach $1.5 million in travel sales.

In terms of gaining clients, she’s already seen success with Facebook, email marketing, and sponsoring at local events. To continue to grow her business, she plans to look at new ways of advertising, and think outside of the box. She advises new agents to do the same, once they’ve learned their craft.

“Do not give up. Step outside your comfort zone and try new things,” says Debbie. “Don’t get down…get up and go at it again.”

Now, Debbie is working hard, but on her own terms.

“I love the variety and the fact that I control my own destiny. I love the clients. As cliché as that sounds, it’s honest,” Debbie adds.

Congratulations on an outstanding year with KHM Travel Group and thank you for sharing your inspiring story, Debbie!