A First-Hand Look at the Value of Travel Insurance 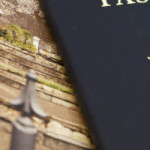 Let’s face it: many travelers don’t give trip insurance a second thought when booking their vacations. Insurance companies, in general, tend to get a negative reputation. We really don’t ever look forward to buying insurance, because often it means paying for something that we (hopefully) won’t use. 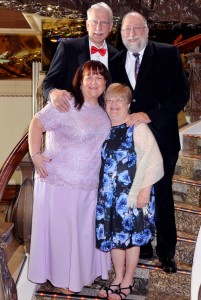 That’s one way to look at it. However, travel agents have a different perspective on the insurance they sell to protect their clients’ trips. Because there are so many unpredictable variables when it comes to travel — weather, flight delays, exposure to unfamiliar elements and cuisines — trip insurance is the only way to safeguard a traveler’s investment. Whether your client realizes it or not!

Let’s take a recent real-life example. One of our agents, Terilynn from Ohio, set sail on a Carnival cruise on May 24, 2015 with her husband and another couple. At dinner the first evening, Terilynn’s husband Steven noticed a painful lump on his body. He went to see the ship’s doctor the following morning, when the lump had become the size of a silver dollar.

By the following day, it had tripled in size. The ship’s doctor acted quickly and made arrangements for Stephen to see a surgeon on Grand Turk, the cruise’s first port-of-call. Once at the hospital on Grand Turk, the surgeon recognized that Steven needed to be operated on immediately. After the successful surgery, he and Terilynn stayed in Grand Turk for the next few days while he recuperated.

This situation is every traveler’s worst nightmare: an unexpected health problem in an unfamiliar country with the potential for expensive hospital bills. Because they purchased annual trip insurance with Allianz, however, the cost and inconvenience for Terilynn and Steven was drastically reduced.

It also gave them the opportunity to see just how travel insurance works for a client.

“When it became clear that Steven’s life was in danger and could not re-board the ship, Carnival sprang into action,” says Terilynn.

In addition to coordinating her husband’s operation, Carnival helped Terilynn move their belongings out of their stateroom, and had a port agent in Grand Turks issue them emergency visas so that they could remain at the hospital for several days. A representative from the cruise line called Steven daily while they were at the hospital to check on his condition, and offered to assist them with booking flights home.

Allianz, too, Terilynn says was “wonderful to work with.”

“They try very hard to work with the medical facilities so that the insured doesn’t have to come out of pocket any money for the medical services,” says Terilynn.

However, she did learn an important lesson: ultimately, the traveler will have to pay some expenses out of pocket, which will be later reimbursed by the insurance company.

“Keep ALL receipts,” says Terilynn. “Even taking photos of them to be sure you don’t lose any small pieces of paper.”

In addition to the health and logistical concerns, having travel insurance also ensured Terilynn and Steven weren’t out the cost they paid for their trip.

Carnival refunded them in the form of credits for a future cruise, which Terilynn and her husband already had planned. In addition, they refunded all of their pre-paid excursions and pro-rated their gratuities and port fees.

“Had we not had the insurance we would have been out about $6000 easy. So was the insurance worth it? Yes, both financially and emotionally knowing we would be taken care of made all the difference in the world,” Terilynn says.

For travelers, Terilynn’s story illustrates why trip insurance is absolutely essential. Especially if you’re a frequent traveler like Terilynn and her husband, a travel insurance policy can prove its worth in just one trip.

As a travel agent, trip insurance for your clients also protects your own investment — in the form of time and energy — spent working with the client, and researching and booking their trip. By demonstrating your expertise, you’re also adding extra value to your client’s experience.

We’d like to send a huge thank-you to Terilynn for being so willing to share her experience and knowledge. She and her husband are back at home, and Steven is steadily recovering.