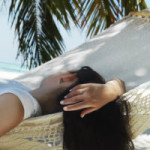 Living the single life? Need a little freedom from your family? No problem! An increasing number of travelers set sail by themselves, either for the chance at finding romance on board, or for a few days of complete peace and quiet, or even just as a break from all routine. With everything from special classes to roommate matching services, cruise ships are upping their offerings for solo passengers.

Royal Caribbean International. Single-occupancy staterooms are already in place on three of Royal Caribbean’s ships, and the Quantum of the Seas and Anthem of the Seas will each feature 28 studio cabins. Passengers on both ships will be able to choose from “super studio” cabins with open-air balconies, or the first-ever “virtual balcony” rooms with floor-to-ceiling LED screens displaying live images of the ocean and ports.

Crystal Cruises. Among the best at catering to singles, nearly 25 percent of passengers on some of Crystal’s sailings are traveling alone. Diners interested in mingling can sign up for the Table for Eight program, which organizes dinners for the ship’s solo passengers at its specialty restaurants. Learning experiences like language lessons and acting workshops bring singles together for unique onboard activities.

Have you ever, or would you, go solo on a cruise? Tell us about it in the comments below!