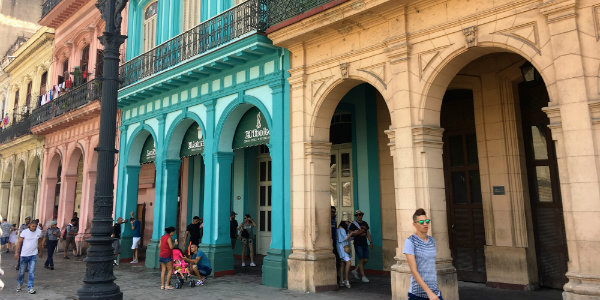 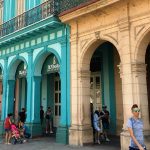 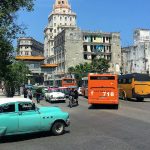 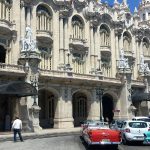 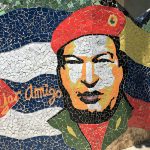 May 1st through the 5th, 2017 KHM Travel Group’s Vice President of Agent Operations Lisa Morris had the opportunity to experience a first for our Preferred Supplier Norwegian Cruise Line.

Along with other travel industry executives and members of the media, she sailed on the Norwegian Sky on the cruise line’s first trip to Cuba. On May 2nd, the Sky made her maiden call in the capital city of Havana.

KHM Travel Group was invited to participate in the inaugural sailing because we won Norwegian Cruise Line’s Breakout Partner of the Year, and we are a member of the cruise line’s President’s Club.

“Today is a momentous day for Norwegian Cruise Line, our guests and our travel agent partners, as we open our doors to Cuba’s natural beauty, warm people and historical treasures,” said Frank Del Rio, President and Chief Executive Officer for Norwegian Cruise Line Holdings, in the press release. “Sailing into the Havana Harbor today, we were welcomed by the Cuban people with open arms and excitement to share their incredible culture with our guests.”

Many KHM Travel Agents will remember from the 2016 Crystal Conference and Awards on the Sky that the Sky is all-inclusive.

“It’s a perfect product for this itinerary, and an awesome way to see Havana,” says Lisa.

Cruisers have a day and a half in Havana, which gave Lisa enough time for three different excursions. More Americans have been able to visit Cuba since 2015 when several tour operators and cruise lines started offering packages to the island.

During Lisa’s trip, she experienced the positivity and openness of the Cuban people. They are curious about Americans, and excited to see more of their country come alive.

Cuba and its tourism industry are still developing. In Havana especially, the contrast between the old and the new is very drastic. For instance, the beautifully detailed Gran Teatro de Habana has been thoroughly restored by the government and is as impressive as any of Europe’s ornate older buildings. 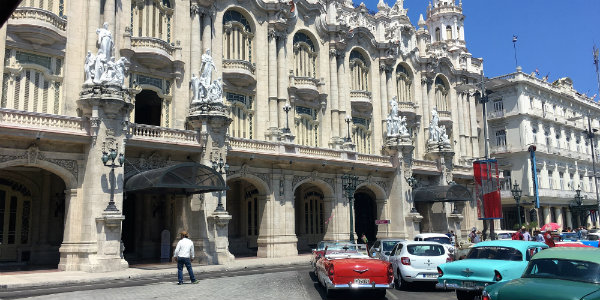 However, much of it is still stuck in the past. The classic, colorful cars are charming, but there are also blocks in which the structures still lack plumbing, roofs, and other elements which were stripped and sold decades ago, and haven’t been touched since.

That doesn’t mean it isn’t a lively place to visit — in fact, Lisa discovered that the island is full of music and art, rather than TVs and cell phones.

The Sky is among the largest cruise ships to dock in Havana’s port to date. The occasion was marked by a ribbon-cutting ceremony with Frank del Rio, who was born in Cuba and left when he was 7 years old. 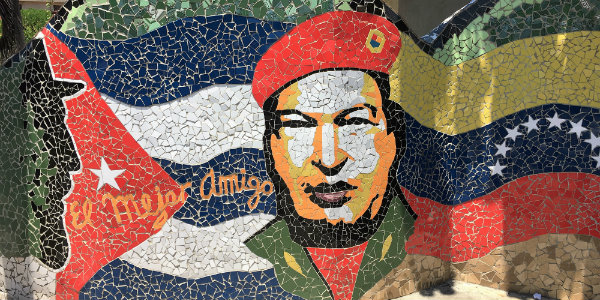 Last week’s call was the first of Norwegian Sky’s weekly roundtrip cruises from Miami to Cuba. The ship will sail a total of 53 four-day voyages to Cuba, with 52 including an overnight stay in the historical and culturally-rich capital of Havana.

For more photos from Lisa’s trip, check out our Flickr album!

If you are interested in selling memorable getaways, like cruises to Cuba, request our free Travel Agent Guide about becoming a travel agent from home. Our experienced team is here to support your goals for your travel business at 1-888-611-1220.