Limited Time: Get 3 extra months on us when you enroll annually, now through October 27, 2020 - Get Started 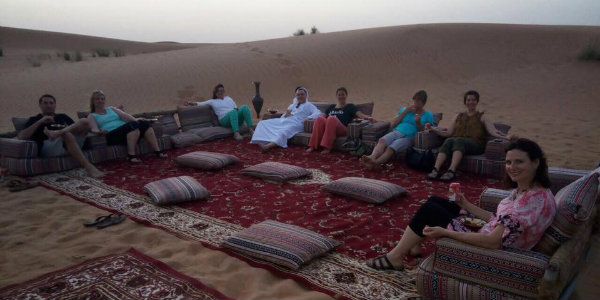 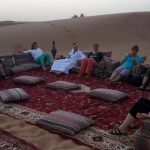 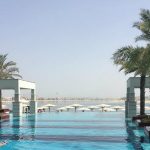 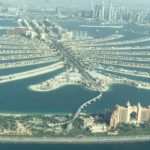 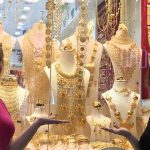 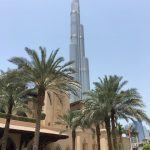 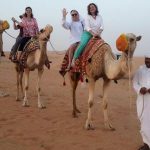 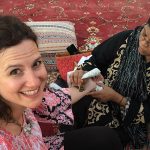 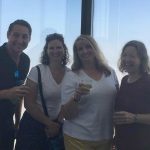 It’s normal for travel agents to be more confident booking destinations they are personally familiar with, and have visited themselves. When selling, it certainly helps to have first-hand knowledge. However, just because you haven’t been somewhere, doesn’t mean you can’t sell it!

Some places just seem a little further out of reach than others. Fortunately, you can rely on the experiences of your fellow KHM Travel Agents too!

Dubai in the United Arab Emirates is quickly becoming a hot spot for American travelers, but it also is somewhat misunderstood. Fortunately, three KHM Travel Agents recently attended a FAM trip to Dubai with Worldwide Traveler, a division within our Preferred Supplier GOGO Vacations. 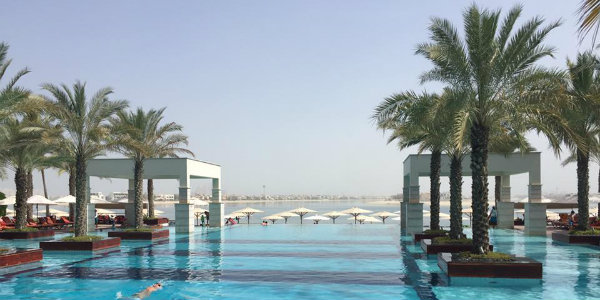 Emily Magri, Kelly Muir and Heather Cross visited Dubai from May 2nd to May 6th during the first leg of their FAM with Worldwide Traveler. They discovered a clean, modern and diverse metropolis that has a lot to offer a wide range of clients. 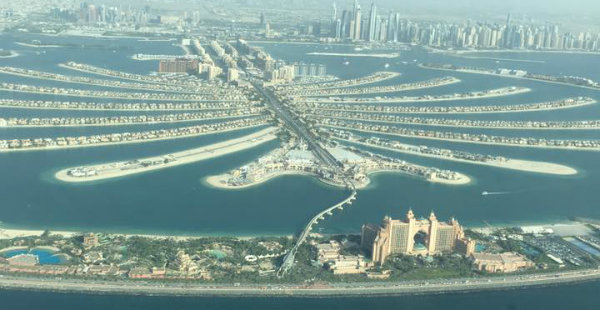 An aerial view of The Palm, from the seaplane tour.

They found the exotic luxury one might imagine here at their first accommodations at Jumeirah Zabeel Saray. The resort is located on the iconic Palm, which is the man-made form of “islands” on Dubai’s coast.

“It’s where I would personally hope to stay at,” says Emily. “It had a local vibe, and a beautiful private beach.”

Overall, they toured about a dozen hotels, including several others on the Palm Islands, and several in Dubai’s city center. Out of those, Kelly Muir says she would recommend four of them to her clients, but that there a style and price point for nearly every type of client. 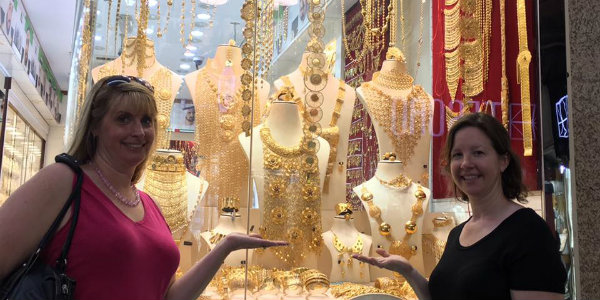 Kelly and Heather on a stroll through the dazzling Gold Souk market.

They agree that the city center hotels like Raffles Dubai and JW Marriott Marquis were well-finished and well-appointed, and would appeal to business clients, or clients who prefer a brand that’s familiar to them.

Wherever they went, the food exceeded their expectations. They were surprised to find out that brunch is an important part of the dining culture in Dubai. All the restaurants and hotels offer extravagant, all-you-can-eat brunches, and it’s especially popular on Fridays. One of the highlights of the trip was a Friday brunch at the Four Seasons Resort.

“It was the best brunch I’ve had in my life,” says Kelly. “There was a woman who was hand-shucking oysters at our table.” 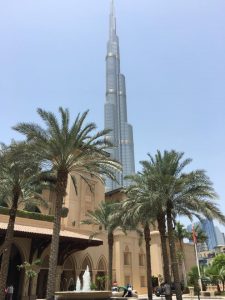 Their trip also took them to soaring heights over Dubai. Upon reaching the top of the Burj Khalifa, the world’s tallest building, they were greeted with Turkish coffee, dates, and sweeping views of this constantly developing city.

They also took a seaplane tour over the city, which gave them a better idea of how impressive The Palm is from above. The price points for the top of the Burj Khalifa and the seaplane are different, but either way, clients will be wowed by the perspective.

The ladies also experienced a Dune Dinner Safari through Arabian Adventures, which is run by The Emirates Group, the same company that operates Emirates Airlines. The safari took them on a dune buggy ride through the desert to a Bedouin-style camp. They witnessed a falcon show, took a spin on a camel, watched the evening’s sunset over the sand dunes, enjoyed a delicious Arabic-style private buffet and even received henna hand tattoos! It was a memorable evening, to say the least! 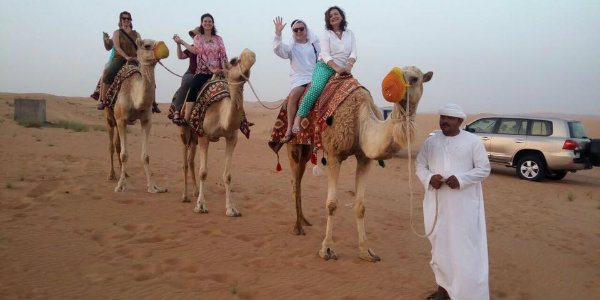 Not your every day commute! 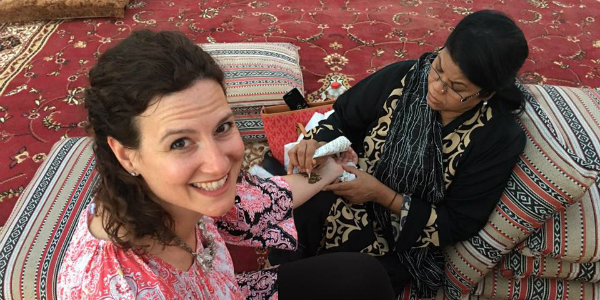 Emily excited about her henna tattoo.

“Us three women walked around at night, and never felt unsafe,” says Kelly. “Everyone speaks English and it’s actually very Westernized — which is good and bad — but it makes it a very easy exotic city to visit.”

The flight time to Dubai is long (roughly 13 hours from New York City), which might make it a hard sell for families. However, Heather says that as long as clients are aware of this, it’s a destination that may appeal to them as a stopover destination to spend a few days before traveling further east.

“Different budgets can go there,” says Kelly. “People may think it’s out of their reach, but it’s not.”

A few other pieces of advice for travel agents with clients interested in Dubai: 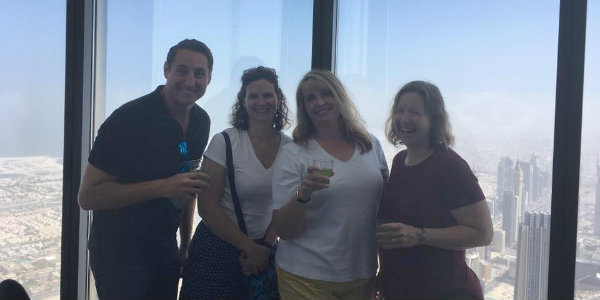 Emily, Kelly and Heather with our GOGO Vacations BDM David at the top of the Burj Khalifa

It was an exclusive FAM trip, with only eight travel agents total. Kelly, Heather and Emily were fortunate to be invited because of the relationships they’ve developed with GOGO Vacations. They have each booked exotic travel with Worldwide Traveler before, but Heather says it was her attendance at KHM Travel’s Crystal Conference that gave her the chance to connect with Dave Mostert, our BDM with GOGO.

“I don’t think I would’ve invited if I hadn’t gone to Crystal,” says Heather. “I didn’t think about it at the time, but KHM Travel does give us the opportunity to stand out with our BDMs.”

Stay tuned for more from the second leg of their FAM trip, in which the ladies traveled to The Maldives! Thanks to Emily, Heather and Kelly for taking the time to share their experiences in Dubai with the rest of our agents. We hope it helps agents to better understand this exciting destination!

If you’d like to learn more about starting a fun, rewarding travel agent career from home, fill out the form on the right of the screen or call 1-888-611-1220 for our free Travel Agent Information Guide.