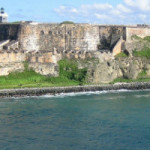 With lush rainforests, stunning beaches and cities teeming with historic charm, it is not by chance that Puerto Rico earned the nickname “The Isle of Enchantment.” As an American territory, travelers have their pick of flights from most major US airlines, and don’t need to worry about obtaining a passport beforehand. Once you arrive, be sure to take in these must-see historic sites and breathtaking natural landmarks. 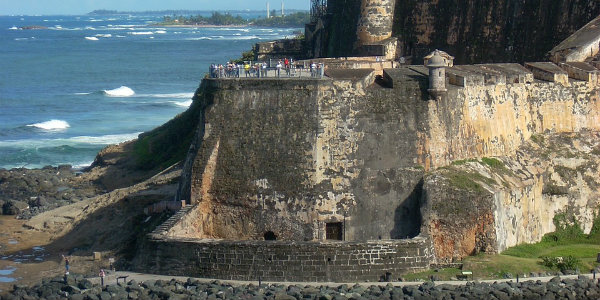 Puerto Rico’s two most visited spots, El Morro and La Fortuleza, occupy the northernmost area of San Juan’s historic district. These two 16th-century fortresses protected the Spanish from maritime attacks for hundreds of years. Visitors can peer through slotted windows where cannons used to sit, and take in the city’s best views of the harbor and sea. 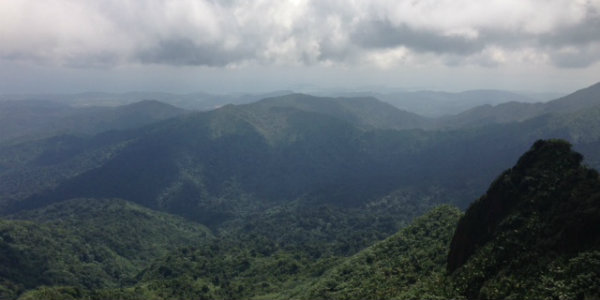 Covering more than 28,000 acres on Puerto Rico’s east coast, this verdant tropical forest is lined with traveler-friendly trails. The short, paved routes for walkers provide plenty of views of the forest’s fauna and natural waterfalls, but due to high pedestrian traffic, there is usually very little in the way of observable wildlife. 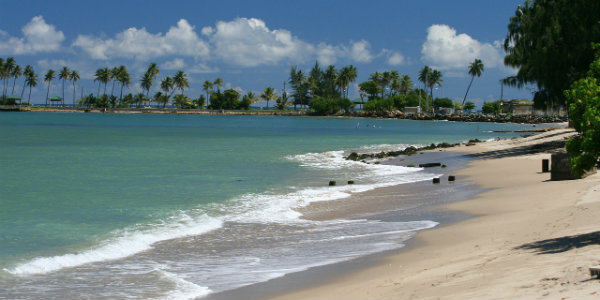 This tranquil stretch of shoreline lying 30 miles east of San Juan boasts gently sloping sands and crystal clear waters. Coral reefs protect the crescent-shaped bay from rough Atlantic waters, and the surrounding coconut palms provide ample shade. It’s the perfect environment for families, as long as they don’t mind a bit of a crowd on weekends and holidays. 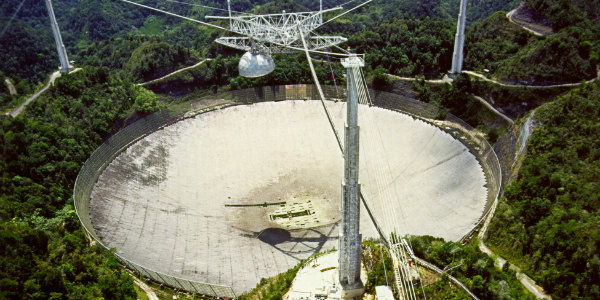 To the Puerto Ricans, it’s known as “El Radar”. Built into a depression left by a sinkhole, this enormous metal dish is the world’s largest radio telescope. The dish itself spans 1,000 feet in diameter, while the receiver above weighs upwards of 900 tons. If this engineering marvel seems a bit sci-fi, that’s because it is: the observatory has been used in the SETI (Search for Extraterrestrial Life) program, among other research projects. 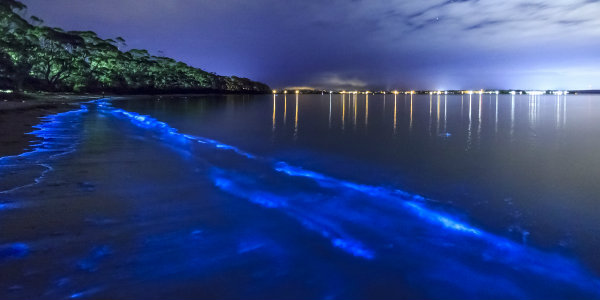 A trip to this designated wildlife preserve on Puerto Rico’s satellite island of Vieques will truly seem out of this world. The bay’s awesome glow comes courtesy of the high quantities of phosphorescent plankton, among the most concentrated in the world. The light show put on by these dazzling micro-organisms is best seen through an organized boat or kayak tour on balmy nights with little moonlight.

“Cueva Clara, Puerto Rico, Entrance” by Per Aspera – Own work. Licensed under CC0 via Wikimedia Commons

This 268-acre park contains the world’s third-longest network of caves. Although the caverns were once home to indigenous people, they now shelter a complex ecosystem of bats, insects, and even river crabs. Tours start with a film at the visitors center, and then take guests on a tram ride to the 200-foot deep sinkhole where the walking tour of the tunnels begins.

These are just a few of Puerto Rico’s most enchanting spots! If you have a passion for travel and learning about new destinations, then becoming a travel agent might be right for you! Request our free information packet by filling out the form on the right or calling 1-888-611-1220.