Cruising through Norway on the ms Koningsdam with Rick Zimmerman 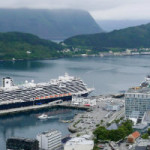 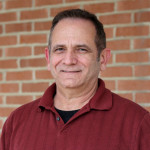 KHM Travel’s President and CEO, Rick Zimmerman, recently had the honor of sailing on Holland America’s new ms Koningsdam with our consortium, Vacation.com, along with top travel industry executives.

While sailing around the majestic fjords of Norway, the Vacation.com Elite Event attendees celebrated the consortium’s accomplishments of the past year, and discussed future plans.

The Koningsdam was originally scheduled to depart Amsterdam on July 10th but due to high winds the ship ended up departing from Rotterdam, about an hour south. 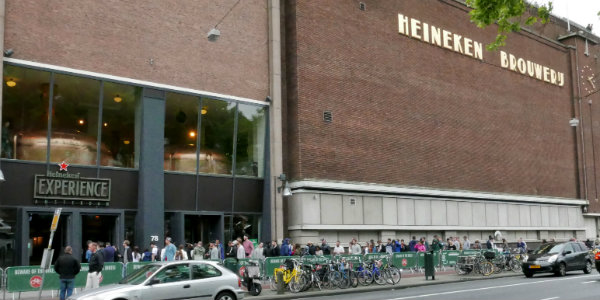 Rick says visiting Amsterdam was one of his favorite aspects of the trip.

Strolling by one of Amsterdam’s many canals.

“One of the big draws of a Norway cruise is Amsterdam, and getting to know this fascinating city,” Rick says.

Once on the ship, Rick enjoyed a welcome reception followed by dinner in the Koningsdam’s modern, stylish main dining room.

Throughout their time on board, Rick attended several sessions in which he met with Vacation.com staff and other host agency members of the consortium. During these discussions, host agency executives were able to discuss the achievements and challenges faced by both host agencies and their independent travel agents.

“Vacation.com is huge in this industry, and so it’s beneficial to us to be a part of this consortium,” says Rick. “As a whole, we can figure out to how to counter certain issues, like suppliers selling direct.”

Many of our Preferred Suppliers were also on board, like Holland America Line, The Mark Travel Corporation, Globus and Royal Caribbean.

On Day 2 of their sailing, they continued their voyage on the North Sea and arrived at the first of four Norwegian ports, Eidfjord. They took a scenic tour of one of the world’s largest fjords, Hardangerfjord. 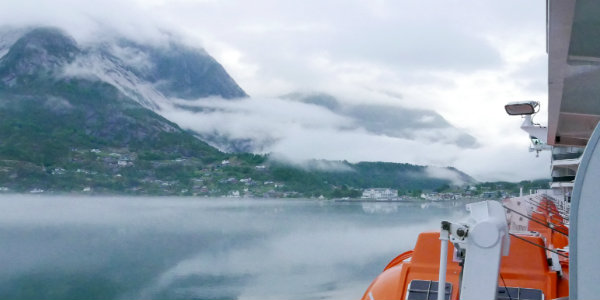 Sailing to Hardangerfjord on Day 2 of the cruise.

After getting their first look at Norway’s imposing landscape and natural beauty, they warmed up on board with a premium wine tasting.

The following morning was spent in Ålesund, where the group admired the town’s stunning Art Nouveau architecture. From there, it was one to the charming islands of Giske and Godøy.

Giske is known for being a seat of power in the Viking Age, and for its beautifully austere, well-maintained Roman marble church that dates back to 1135. In Godøy, they visited a small fishing village, Alnes, known for its famous lighthouse on the Atlantic shore.

The Koningsdam stopped in Geirganger the next morning, for another Vacation.com exclusive excursion to the region’s fjords. Deemed a UNESCO World Heritage site for their spectacular geographic and scenic value, the panoramic views here were among the most stunning of the trip.

The Koningsdam is dwarfed by the slopes of the surrounding fjords.

“The fjords are breathtaking. That’s the only word for it,” Rick says. “The pictures don’t do the justice.”

On Day 5, they stopped in the final port of Bergen, where they ventured to the island of Lysøen. The morning was spent exploring the summer villa of Ole Bull, the 19th century violin prodigy who often invited fellow artists and musicians to the villa’s expansive, pristine grounds. 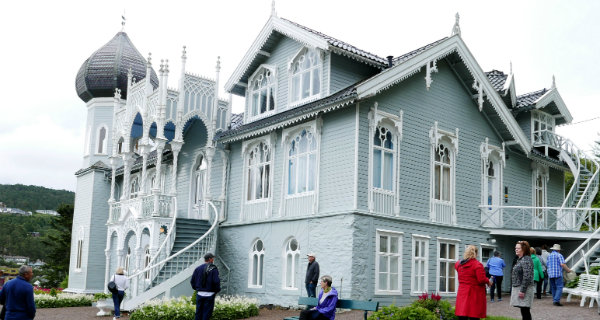 Although some guests wanted more time in Bergen, Rick says he enjoyed visiting the villa, hearing Bull’s unique sound, and learning more about this Norwegian rock star of classical music. 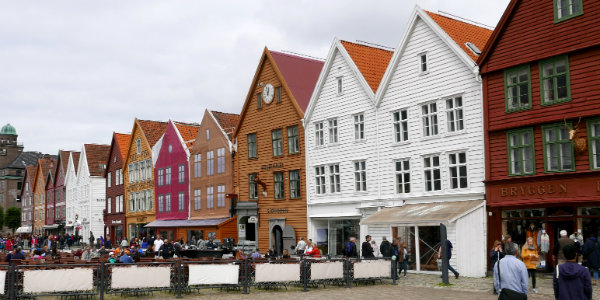 Strolling through the square in Bergen.

Aside from the rest of the Vacation.com group, Rick discovered that this itinerary drew a diverse range of passengers. He met plenty of guests from Europe and Asia, but a large American contingent was also sailing on the Koningsdam. 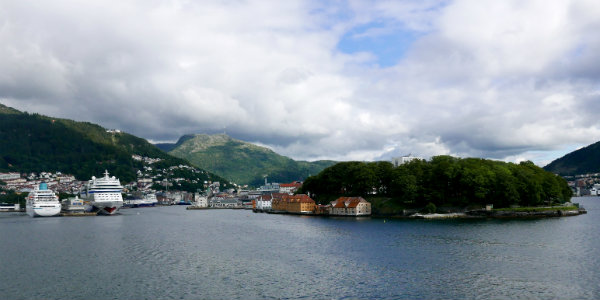 We’ve explored the Koningsdam before, after LoveShack Vacations’ BDM, Will, sailed with Holland America through the Mediterranean. The ship offers activities for the young and old, and for couples wanting more than just a party scene.

One of the most innovative features on the ship is the retractable roof over the pool deck, which allows cruisers to enjoy their pool time, even when sailing to cooler destinations like Norway!

For more photos from Rick’s trip, visit our Flickr page!

If you are interested in selling memorable getaways, like cruises to Norway, request our free information packet about becoming a travel agent from home. Our experienced team is here to support your goals for your travel business at 1-888-611-1220.