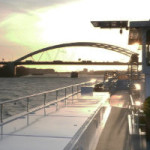 From March 23rd to 28th, KHM Travel’s President and CEO Rick Zimmerman joined Vacation.com’s Executive Team and a group of travel industry professionals for a European river cruise on the Avalon Illumination.

The itinerary, an abbreviated version of Avalon’s Waterways Tour of Belgium and Amsterdam cruise, began in Vilvoorde, Belgium.

Rick had the opportunity to tour the nearby capital of Brussels. An English-speaking guide provided an introduction to the city’s history and culture, and guests are given headsets for each shore excursion. This grants sightseers a bit of time and space to wander, since they don’t have to stay right with the guide. And it allows plenty of time for pictures! 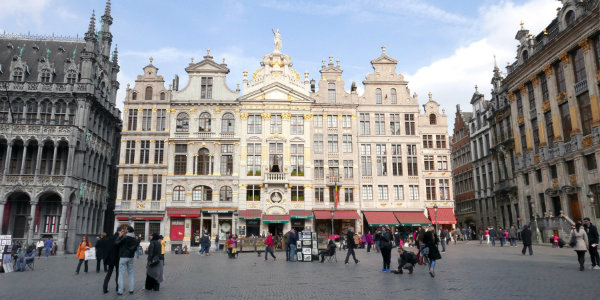 The Grand Place in Brussels

From there the Illumination sailed to Ghent, the Belgian city in which the historic Treaty of Ghent was signed. He also enjoyed lunch in quaint Bruges.

A normal day while on the river cruise included breakfast onboard, and then a city tour that usually lasted until about 11 A.M. Lunch could be taken in town or back on board the ship. In the afternoons everyone has time to themselves, which can be spent relaxing in the ship’s lounge, enjoying another excursion or activity, or just meandering around town.

“Unpacking once and seeing a number of great European cities is definitely a benefit of river cruising,” says Rick.

On days three and four of the cruise, the group stopped in the town of Middelburg and port of Willemstad in The Netherlands. After leaving Middelburg, the group marveled as they learned about the innovative engineering of the Delta Works. This massive construction project prevents a large portion of The Netherlands, which is at or below sea level, from flooding. 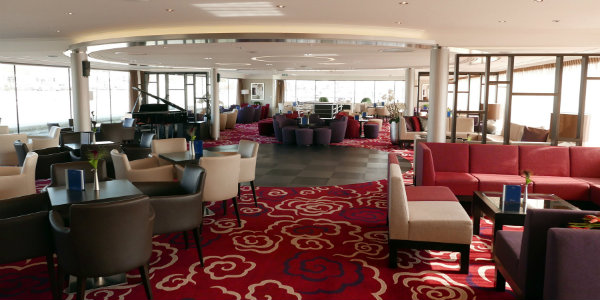 The Panorama Lounge on the Illumination

Throughout the journey in The Netherlands, passengers took in scenic views of working windmills right from their Suite Ship staterooms. Avalon’s floor-to-ceiling windows and uniquely designed rooms make it possible to enjoy the passing panoramas without sacrificing room space. 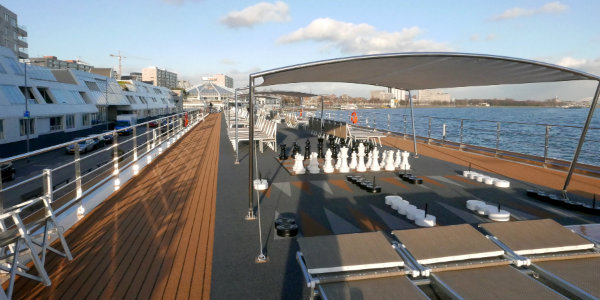 The Sky Deck on the Illumination

Other standout features onboard the Illumination include an expanded fitness center, spacious Sky Deck and complimentary Wi-Fi access.

On day five, the ship docked in Rotterdam, Netherland’s second-largest city. Unlike many of the other cities on this voyage, Rotterdam’s skyline is noticeably modern; almost all of the early structures have been destroyed in wars.

Rick perused local food and wares at the city’s striking Markthal, a covered food market and housing center. In the afternoon, the Avalon group ventured to Keukenhof Gardens, a massive park where more than 7 million flowers bloom annually. 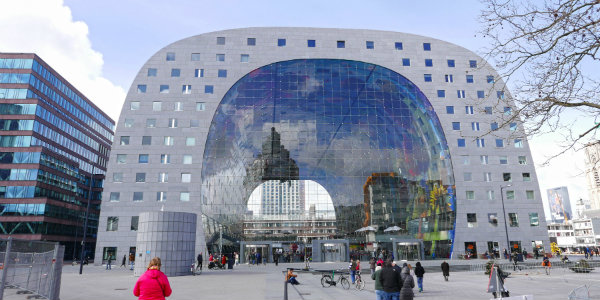 The following day, the Illumination docked in Amsterdam for disembarkation. A tour of Netherland’s capital was not included in this itinerary, but fortunately Rick planned ahead and spent a few days in Amsterdam prior to the river cruise.

Inclusiveness is a key benefit of river cruises. While passengers have the option to dine at local eateries when docked, all meals can be taken on-ship and are included in the price. The city tours are also part of package, as are airport transfers. 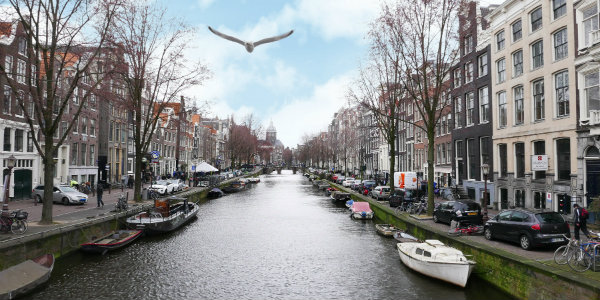 Crossing a canal in Amsterdam

“It can really take an agent’s business to a whole new level,” says Rick. “But it’s important to educate yourself and know your product.”

If you are interested in learning more about selling river cruises, feel free to contact us! Our experienced team is here to support your goals for your travel business.